Now it is official: Paul Walker died in a fashion fitting of his claim to fame movie titles: “Fast & Furious“.

Validating our harsh stance on the story which prompted our releasing the crash scene photos showing the charred bodies as a public service announcement, the Porsche carrying “Fast & Furious” star Paul Walker was speeding at more than 100 miles per hour when it crashed in November, killing the actor and a friend, according to the final coroner’s report on the deaths.

The 15-page report released Friday by the Los Angeles County coroner’s office answered several questions that had been the subject of speculation about how Walker and racing team partner Roger Rodas died. Click here for the 15 page report.

The two men apparently did not live long after the high-performance 2005 Porsche Carrera GT, which was traveling at “approximately 100+ mph,” slammed into a light post and tree and burst into flames, the report said.

Walker, who shot to fame as star of the high-octane street racing franchise “Fast & Furious,” was in the passenger seat of the car driven by Rodas. 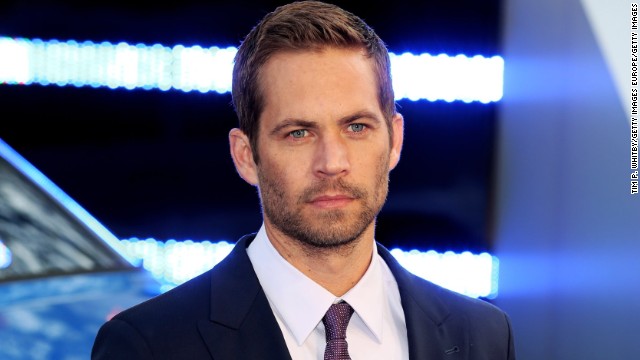 Walker, 40, and Rodas, 38, left a charity event at a car shop co-owned by the men to take a ride in an office park in the community of Valencia in Santa Clarita, about 30 miles north of Hollywood. The crash happened a few hundred yards away on a wide street.

The autopsy revealed “scant soot” in Walker’s trachea, suggesting his life ended before the smoke and fire engulfed the car.

The actor’s body was badly burned “and in a pugilistic stance. His right wrist was fractured and his left arm was fractured,” the report said. Rodas was also described as in “a pugilistic” — or defensive — position. This suggests that both men braced for impact, & then never left that position again.

Investigators from the Los Angeles County Sheriff’s Department met with engineers from Porsche to analyze the data-retrieval system in the car’s computer, the department said last month. That system is used to shed light on the car’s speed, throttle opening, air bag deployment, seat belt use and, possibly, other information from the time of the crash.

The coroner’s report did not conclude whether the men were wearing seat belts.

Walker’s death came during a Thanksgiving break in filming of “Fast and Furious 7,” forcing a halt in the production. Universal Studios announced last month hat the movie will be completed using scenes already filmed by Walker, but the release will be delayed from this summer until April 10, 2015. Paul Walker’s scenes will be part of the 7th movie.